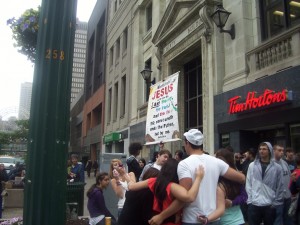 Summer is here and people are out in Western New York which makes for a good time to go out and preach the gospel. During Thursday nights in downtown Buffalo a group of people mostly teenagers would gather to hang out and listen to a free concert provided by different amateur bands. A group of Christians from local independent churches have decided to utilize this opportunity to preach the saving grace of our Lord Jesus Christ. When I am available I try to participate. People are hurting and a lot of them need direction in life. Please pray that God would use this effort to draw people to Himself. 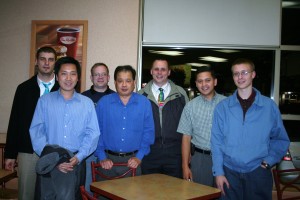