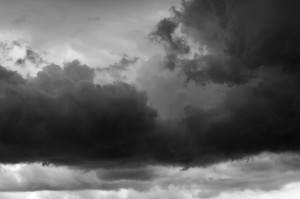 ek the Philippines was hit by another large typhoon. This typhoon followed a similar path to that of its predecessor, Haiyan, causing a lot of concern for the people living in the affected communities. Our own city prepared to face the storm; trees branches were cut, store windows were taped, and families stocked up on supplies. In the Philippines the highest warning for a typhoon is a signal 3 and our city was given a signal 2.  The hours leading up to the storm left our city quiet and the roads empty as people hunkered down to face the typhoon. Imagine our great surprise when the storm hit and we were only showered with steady rain! It rained for two days but it wasn’t terrible and the winds were hardly felt. In our Sunday evening service one of our ladies gave this testimony, “It was almost like the hand of God blocked the storm!” What a blessing to see God’s protection even when things appeared dark. We want to thank all of our family and friends who prayed for us during the storm!