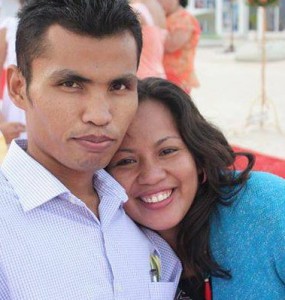 This year North Cebu Baptist Church hosted its first ever Vacation Bible School!  Vacation Bible School is something that you don’t see very often in Cebu so we weren’t quite sure what to expect.  However, praise the Lord, we averaged about 150 kids every day!  Each day provided the kids an opportunity to hear the gospel and have some fun.  In the evenings we also had a program for teens called Teen Connection.  It made for a busy week but the fruit from VBS and Teen Connection were well worth the effort.  Several children and teens were saved and now we even have some who are coming to church as a direct result of these programs!

This month North Cebu Baptist Church is emphasizing the importance of worldwide missions.  In the years Brother Lewis has been in Cebu, he has taught his people to give-by faith-to God’s great rescue mission.  Many have already learned this important principle and now the church supports missionaries in Cambodia, Laos, Vietnam, China, and more!  But for some it still is a foreign concept.  Many excuse themselves saying they are too poor to give.  While it is true the people here do not have much it is also true that when a Christian steps out by faith, God provides.  Many families who have taken this step have already seen the hand of God in their life!  Giving to missions is not limited by our resources but by our own hearts.  God isn’t lacking finances or possessions!  He just wants His children to carry the truth to others through their words, prayers, and finances.  Just recently, I was privileged to see missions in action!  For years our home church has supported a national pastor right here in the Philippines. He has given his life to the ministry and has been blessed to see men from his church go out and start their own ministries.  One of these men happens to be a missionary on his way to China.  Just newly married he and his wife are on full time deputation right now until they can go to their field.  At the end of August he came by, presented his work, and our church was able to take them on for support!  It’s amazing to see how God uses missions to reach people and then those who were touched go on and reach others!  Faith Bible Baptist Church, our home church, not only has fruit from their missions giving here in the Philippines but now they will also take part in the souls who are brought to Christ in China!  Isn’t that amazing!  Missions works and it is the heartbeat of God!

We are so thankful to be with the Lewis family here in Cebu. They have helped us set up our home and find a place in the ministry at North Cebu Baptist Church. It’s been a tremendous help to have the wisdom of this veteran missionary family and their friendship. And now the Lord has brought another missionary to us. Miss Leah, born in the Philippines but also an American like myself, has decided to serve the Lord in Cebu. She just retired but instead of taking this time to enjoy the benefits of  years of hard work, she has chosen to give her remaining years to the Lord. One of the things she would like to do is teach the people at church how to sew and provide a living for themselves. This is a very practical need that will be a great blessing to our people! Miss Leah comes to us with minimal support. Her trust and dedication to the Lord have been inspiring for my wife and I. Here is a lady, retired but who wants to give her life to Christ…now. Many reach this point in their lives and look for reasons to do less and less for the Lord but Miss Leah is surrendering it all. It’s true, you’re never too old to serve God!